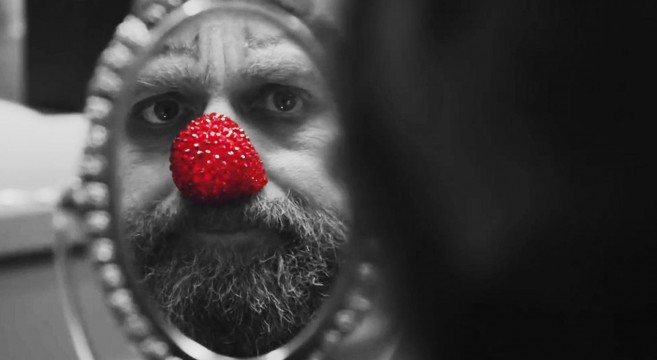 I’m writing you this letter ’cause we haven’t spoken in a while and I really need to get something off my chest.

You know I’ve been your friend for quite some time now and I’ve always been supportive in everything you do. Remember everybody called you crazy for you wanting your own talkshow? A show where you could interview the world’s greatest in a, as you put it, “warm and safe environment”. People like Bruce Willis, Justin Bieber, President Obama. Remember how they mocked you? How they said people like them, would never take the time to talk to a guy like you? Remember? I supported you, Zach. I saw your potential and knew you could do anything you put your mind to. I even drove you to your moms house to get those two bloody ferns.

Or how about that time you wanted to see if it would be possible to cover your entire face with your eyebrows? Your agent said it’d be the end of your career and dropped you as a client, but I stuck with you, Zach. I admired your sense of self. The need to stay true to yourself. And what happend? As your brows grew bushier and kids on the street started coming up to you ’cause they thought you were Chewbacca, the scripts came rolling in. You became a hit, Zach. A one of a kind hit. And who was there every step of the way? Exactly. Me. I even stuck by you, when you went to Vegas with Phil, Stu and Doug and didn’t even have the courtesy of asking me along for the ride. Sure, I was mad for a little while, but you know me, I can never hold a grudge that long. In the end I was just happy to see you had such a wonderful time. I think I watched your holiday flick over a dozen times now and it still cracks me up.

But I have to draw the line somewhere, Zach. I think I’ve been very lenient up till now, but even I have to set boundaries. Baskets? Really? What’s up with that?! I must say, when you told me FX was willing to give you a chance to tell your life story, I was pretty enthusiastic. It’s not everyday you get to see a story about a guy pursuing his dream of becoming a clown. A kind of obnoxious guy who has to fight an uphill battle, because noone seems to believe in him. And rightfully so. And when you told me you wanted it to be something people could laugh about too, I was even more intrigued. With shows like Man Seeking Woman, You’re The Worst and even Fargo in it’s own way, FX has a great track record when it comes to chuckles and giggling and with master joker Louis C.K. on the ticket as well… What could possibly go wrong? Well, basically everything, Zach. What a trainwreck. The amount of fun you guys probably had making this, can’t even hold a candle to the amount of aggravation and down right disappointment I had to go through watching this poor excuse for a comedy. Yes, disappoinment, Zach. Full blown “Did-I-Just-Watch-My-Child-Burn-A-Dollar-Bill-In-Front-Of-A-Homeless-Person-On-Some-Square-In-Madrid” disappointment. This isn’t funny. This isn’t something I want to tell my friends about. Something they should binge as soon as they find the time. This is nothing like that. It’s just you trying to be artistically absurd or however you want to call it. It’s ridiculous, but not half as ridiculous as the fact that FX already agreed on makin a second season?! It’s just too much.

I think it’s best if we give each other some space right now. Some time to reflect. I know friendships have their ups and downs, but I really need to see if I can give this atrocity a place. In a closet. With locks. In my basement. With the lights out. Hope you’ll understand.